October 8th – “The Power of Metaphor” with Kim Hermanson 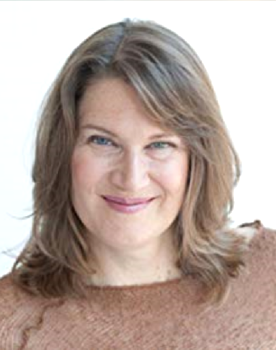 In grade school, we learned that metaphor was a useful building block in poetry. Shakespeare wielded it to great effect. Indeed, research has noted that inspiring public speakers make abundant use of metaphorical language in their oratory. However, most of us only scratch the surface of what metaphor can do. Plato’s “Allegory of the Cave” remains a compelling reminder that a metaphor can not only entertain or persuade, but can also transform our consciousness and our understanding of reality. Metaphor short-circuits our linear mental constraints and taps into the part of our mind that fuels imagination and creativity. During our October 8th dinner meeting, Kim Hermanson will delve deeply into metaphor and its powerful effect on our mental architecture.

Kim Hermanson, PhD is an author, coach, and educator who currently serves as adjunct faculty at Pacifica Graduate Institute and Meridian University. Her books include Getting Messy: A Guide to Taking Risks and Opening the Imagination and Sky’s the Limit: The Art of Nancy Dunlop Cawdrey, which received an Independent Publisher Book Award. She has also co-authored book chapters and articles with Anthony S. Bryk, president of the Carnegie Foundation, as well as Mihaly Csikszentmihalyi, author of The New York Times bestseller, Flow: The Psychology of Optimal Experience, who said of Kim’s current work, “Not since Carlos Castenada’s books 40 years ago have I had such a strong reaction to anything written. This is very powerful stuff.” Kim has previously taught at Sophia Center at Holy Names University, University of California Berkeley Extension, the Institute of Transpersonal Psychology, and the Esalen Institute. Her PhD is from the University of Chicago, where her doctoral research earned her an Outstanding Research Award from the American Educational Research Association.
When: Monday, October 8th, at 6pm
Where: Harry’s Hofbrau, 390 Saratoga Ave, San Jose, CA 95129
Cost to attend : $15 for Members, $20 for Guests
(Cost of admission includes a $10 rebate on the purchase of a dinner)

Don’t forget to come dressed up for the Halloween Costume Contest!
There are 5 categories to win a prize for: