UPDATED July 26 — “Before and After the Book Deal,” with Courtney Maum 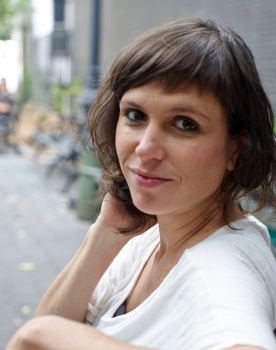 You are nearing the completion of your manuscript. The countless hours you’ve poured into your passion project are finally bearing fruit. You feel ready to share your masterpiece with the world. But rather than the beginning of the end, your last writerly touches are the end of the beginning. You must now land a deal, a rigorous endeavor that demands equal dedication. And even after signing the dotted line, you must promote your work across a dizzying array of venues and platforms. Daunting? Yes. Worth it? Absolutely. In our Zoom meeting on Sunday, July 26th, Courtney Maum will share the secrets that got her past each of these important stages.

Courtney Maum is the author of the novels Costalegre (a GOOP book club pick and one of Glamour Magazine’s top books of the decade), I Am Having So Much Fun Here Without You and Touch (a New York Times Editor’s Choice and NPR Best Book of the Year selection), and the handbook Before and After the Book Deal: A writer’s guide to finishing, publishing, promoting, and surviving your first book.
Courtney’s writing has been widely published in such outlets as the New York Times and O, the Oprah Magazine, and her short story This is Not Your Fault was turned into an Audible Original at Amazon. On the screenwriting front, she won the Audi Talent Award at The Cannes Film Festival in 2011 and the Crystal Globe at the Karlovy Vary International Film Festival in 2015. Courtney is the founder of the collaborative retreat program, The Cabins and she also has a writing-advice newsletter, “Get Published, Stay Published,” that you can sign up for at CourtneyMaum.com
UPDATED When: Sunday, July 26th at 10am
Where: Zoom – Members will be receiving an email with the Zoom invite
Cost to attend : FREE
Become a South Bay Writers Member here 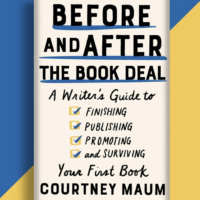